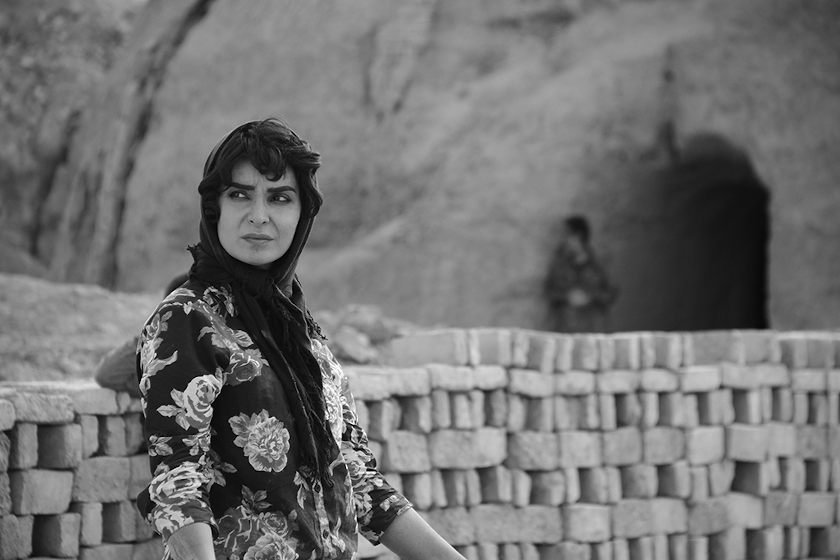 Our review for the Venice Film Festival premiered The Wasteland by the Iranian filmmaker. Ahmad Bahrami.

The first thing you notice in Ahmad Bahrami's perceptive but uneven film The Wasteland (Dashte Khamoush) -premiered in Venice Film Festival 2020, winning the Orizzonti award for Best Film - is the transport of ice. Ready to be distributed to the workers of a remote brick manufacture in Iran, it will be a much welcome taste for their dry occupation.

This small pleasure is forestalled by the short speech of the Boss (Farrokh Nemati) in an open arena setting, close to the place of action of a Greek drama. He would state the obvious: the factory has financial problems, everyone prefers cement instead of bricks and the natural conclusion should follow.

Forty-year-old Lotfollah (Ali Bagheri), a rather shabby but deeply loyal and hard-working go-between between the boss and the workers will need to absorb the repercussions of what the Boss has to say; he will eventually need to communicate those to a disparate group of co-workers. Prominent among them are the hot-headed but obedient Ebrahim with his love interest Gohar; her calculating father Mashebad, who's trying to avert their plans fearing for his daughter's future;, the luminous but resigned Sarvar (Mahdieh Nassaj), which has the rare privilege of going to town for a single day per week; the young Kurd Shahu and his family of brothers and sisters trying to avert their father's execution, currently in death row.

Both the script and direction of The Wasteland adopt a Rashomon-style of narrative in its first part, delaying the inevitable statement of the factory closure. Each character get their own backstory now presented in a set piece that resembles a ritual: Lotfollah advises each one of them to visit the Boss to get their long overdue earnings; they promptly do so, and after an always vague discussion, both they and the camera moves to their home surroundings, where the family needs to discuss the consequences.

Camera pans and tracks the brick walls constantly, as if trying to locate the source of sound (and the source of power). Left direction is mostly reserved for the Boss; moving to the right leads us back to the ordinary workers. As if the walls could talk themselves, The Wasteland takes its time in its multi-fold story to talk not about different sides of the truth itself, but to add more individual meaning to a common reality.

All individual characters (apart from Lotfollah) himself get their proper share of attention, and The Wasteland seems to suppose that the most devastating consequence of unemployment is not poverty, but the lack of care for your fellow being. Being all part of an almost feudal system, they won't protest, but they will still bitch about their fellow co-workers, and try to bring their petty frailties into the surface -to hide their common destination to follow.

The crisp cinematography of Masoud Amini Tirani makes the place an almost tangible being by itself; Bahrami's direction ensures that we are ourselves immersed in the environment, just by leaving enough space in the frame to imaginary place ourselves beside the characters. The second part of The Wasteland is mostly an ineffective series of mournings, until the (grim) ending. This is the time that we spend mostly with Lotfollah, and we finally get to know him better. Unfortunately, this acquaintance only comes too late, for it seems that The Wasteland has already finished by then -and there is only the ritual of individual separations.

Eschewing easy sociopolitical observations, and less neorealist than its setting would allow, The Wasteland works best in its first and better half as an ever-circular elegy of deeply closeted and shattered dreams; it presents its characters in a warm manner as seekers of the minimum human decency. Its narrative time extends more than either its events or characterization, but the exchanges between the camera, the people and the place itself are not easy to forget.