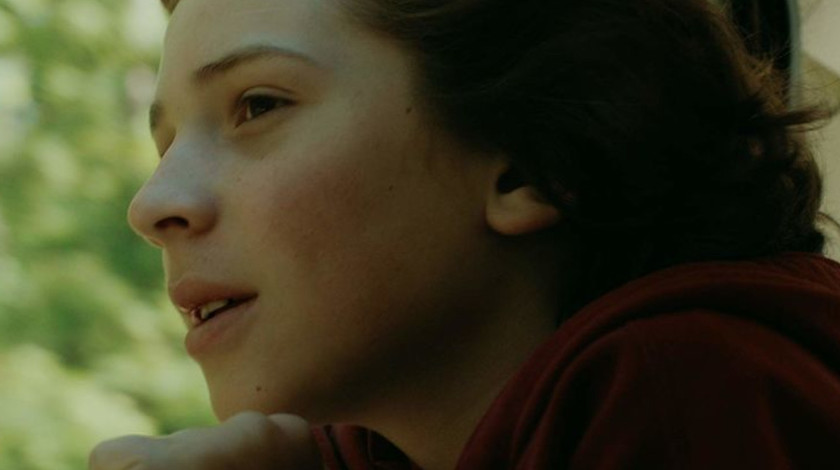 Motherland by Tomas Vengris Review: A Boy Learns to Drive Along

Review for the feature coming-of-age film Motherland by Tomas Vengris.

Motherland by Tomas Vengris works as a scented third-person account of homeland nostalgia. This is the feature film debut of Lithuanian director Tomas Vengris (watch his ambient short Squirrel here); Vengris grew up in Washington, DC, and has worked as an editor with the likes of Terrence Malick and Kelly Reichardt. You don't learn a lot about Tomas Vengris the man by watching Motherland, but you do get a glimpse of an environment in need of reconstruction.

The film kicks off with a voice-over fairytale narration about a girl searching for her home in the woods, and starts unfolding the dynamics between the two main characters. 12-year-old Kovas (an interestingly aloof Matas Metlevski) travels for the first time from US to Lithuania. The year is 1992, shortly after the fall of USSR. His mother Viktorija (Severija Janušauskaitė) escaped Lithuania under the Soviet regime 20 years ago; this is now her first trip to her family land.

Kovas is curious, less than talkative, inquiring and absorbing, as if he is trying to smell the secret scent of his new motherland. Not the same to be said about Viktorija: stressed and recently divorced, she's trying to make a new place for herself in her family estate. Bureaucracy seems taunting, but her boyfriend Romas (Darius Gumauskas) is a man of means and ways, involving drinking and shooting when needed -in essence, a real man of the old school.

The three of them will travel by car to Viktorija's old estate to find a Russian family living there, which is both poor and determined not to leave.

Between Romas's mannish ways of claiming your own and Viktorija's confused cultural ways to connect, Kovas is the one who has to grow up; Motherland cannot hide the mirroring of its coming-of-age story to another story of a country who needs to handle its own, recently regained independence. Without moving into Lithuanian mores or politics, Vengris shows mostly a world of teenagers, ready to try but not ready to shout out loud -it is still the grown-ups who will do that, in their dated ways.

Functioning for its most part as the kind of pleasant imagery you watch just before you go to sleep, Motherland puts a Louis Malle young character into a Terrence Malick wide-open situation. The result is welcoming, and an eerie but soothing soundtrack makes the situation engaging. It still divests, though, Viktorija of her own, full-blown representation as a character. Her wishes and dreams are only the chances for Kovas to expand upon, trying to test whether they can be his own dreams or not.

Motherland film loves watching actors through car windows and juxtapose them with clouds, which turn into showers -the Lithuanian psyche seems to be found mostly in these sequences.

Indirect but still focused, Motherland is evocative of imaginary constructions of a place by one character and its dissolution by another one. It overuses its felt connection with the land and the light fluctuations - as if its director is afraid of character confrontation (still potently handled when it arrives). Motherland is a an absorbing, not always secure but honest entry of a boy into the New Old World.