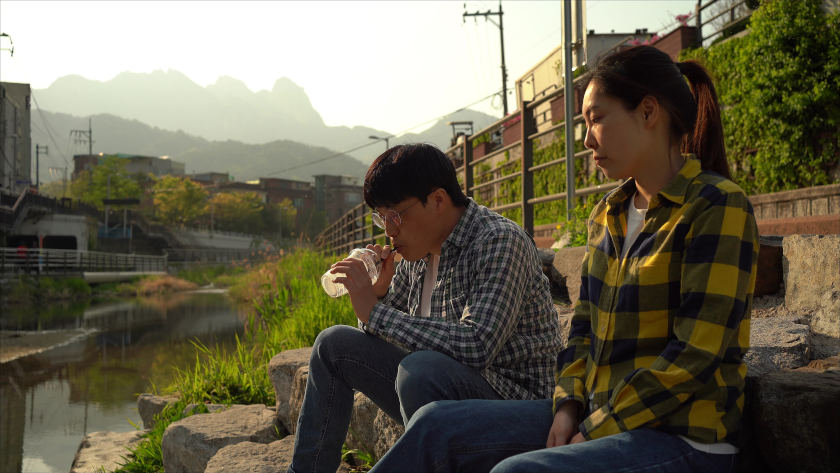 Vassilis Kroustallis reports from Thessaloniki Film Festival and the Korean feature by Park Song-yeol, 'Hot in Day, Cold at Night'.

As intimate a drama in its production values as well as its topic, the sophomore feature by Korean director Park Song-yeol 'Hot in Day, Cold At Night' (Najeneun deopgo bameneun chupgo, 2021) explores the most widespread condition of late capitalism, unemployment, with potency -but lack of nerve.

The main couple is Young-tae (Park Song-yeol) and his wife, Jeong-hee (Won Hyang-ra, also the life partner of Park Song-yeol) in a Seoul apartment, jobless and contemplating their non-existing job present. Jeong-hee is an unemployed teacher who can fill in applications online without luck, and Young-tae is a University graduate who can only get to job interviews for jobs he won't like.

Their life event series are fuelled by hits-and-miss in an almost episodic fashion, making their search almost the most poignant and matter-of-fact. An impressive array of friends and family appear either unsupportive, indifferent or simply ignorant of their struggle. So, it is up to both of them to fill in the money gaps.

The way Park Song-yeol handles its central couple shows amazing solidarity despite the hardships; some fights are fought, but still, it looks like the connecting thread in positivity is the couple's own secret alignment together, despite all odds. That said, the too-worried and morally concerned Young-tae can be fooled by a friend, but still, think of forgiveness; while  Jeong-hee is more concerned about her husband's troubles than actually giving a gift to her mother's birthday.

'Hot in Day, Cold At Night' brings different storylines in somehow empty and drab (but not necessarily visually interesting) surroundings. The disparate storylines sometimes keep the story together, other times won't succeed, like a loan that Jeong-hee needs to get from some loan sharks (conveniently a good-looking man-woman couple, and not bullies); we are promised heavy drama, yet we get a mild and thin version of social exploitation.

Things are better in other episodes, like the one-day teacher substitute position that  Jeong-hee has to fill in; we get the anguish and the disappointment of a person being in the wrong place at the wrong time with all the wrong prejudices).

The film can definitely show how it is to feel the world slipping below your feet, and still try to act normal (ordering meals from selected offers). It could have benefited from a stronger narrative arc and a more comedic style; it is earnest, though, and features a delightfully engaging couple of main characters, who act as matter-of-factly as possible.