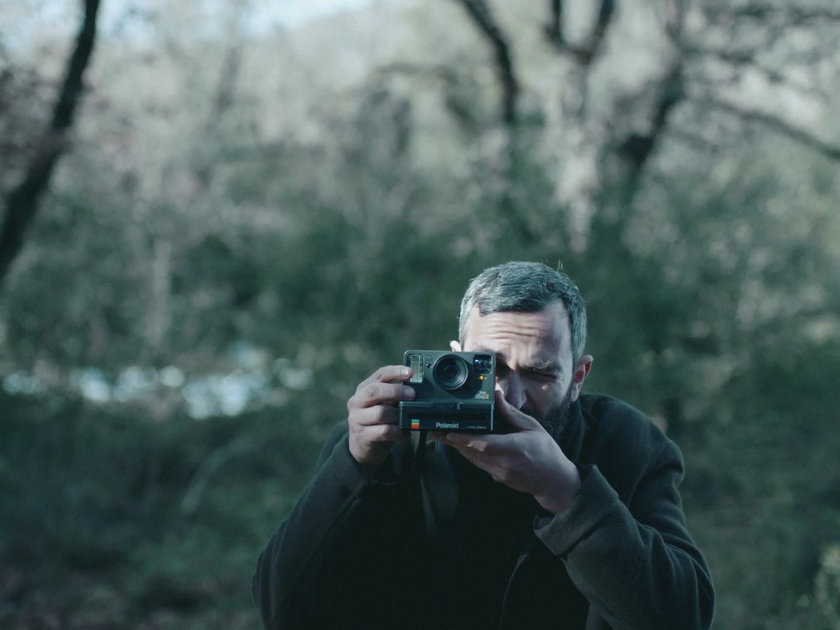 Sometimes when you bang your head on the wall, something beautiful comes out of it -even though it hurts for a while. Apples (Mila), the first feature by Christos Nikou (a Yorgos Lanthimos assistant director in Dogtooth), retains all the basic absurdity premise of the Greek Weird Wave, but dissolves its sting with apple juice and a bit of kindness. Nostalgic rather than symbolic, ultimately covid-contemporary and more poignant than sad and wry, it is a Mediterranean dramedy of sorts -effortlessly flowing from a rather generic, but still dramatic enough idea.

In an environment without mobile phones, computers and tracking records, losing your own memory seems to be the last straw in this chain of events. Worse, this pandemic of memory loss is now an ordinary reality, and there seems to be no cure for the time being (something looks familiar here). But instead of a lockdown, the solution is simple: start to learn your own life from the start.

The middle-aged Aris (Aris Servetalis) is being found in an Athens bus with no proper place to go. Seemingly forgetting his own name), he is soon transferred to a neurological hospital. The head pain he feels will subside, but the memory loss will still persist. And there's no one to pick him up.

The head of the clinic and the recuperation programme (Argiris Bakirtzis) proposes him to follow a know-how re-learning; the important thing is how to re-learn skills, not facts. And the second important thing is to document them -in a Polaroid photo. Aris will soon follow the instructions and meet a girl with the same condition (Sofia Georgovasili). They will both need to be together -or perhaps not.

Alternating between Truman Show semantics (a constant monitoring by an all-benevolent hospital head) and absurdist comedy, Nikou's Apples is more tongue-in-cheek than Peter Weir's film and more compassionate than Lanthimos' The Lobster. It works as an Athenian road movie, carefully divided into nostalgic exteriors and sober, but still humane hospital interiors. Nikou's shots (in the 4:3 format) are busy and moving, clean but never austere; even the lighting in the hospital bed (cinematographer: Bartosz Swiniarski) makes 'recovery' a warmer experience than most other cinematic hospitals.

Mostly character- than plot-driven (script written by Christos Nikou and Stavros Raptis), Apples owes a lot to its main actor, Aris Servetalis, an impeccable example of easy uneasiness: an effortless source of worry and going along at the same time, moving his head and body, as if he needs to oil the rusty ingredients once more. He dives, he dances to the twist dance tune, he withholds from movement with the same grace he actually moves.

Apples is mostly a piece for one, and a invitation for a (belated) personal mourning. There's nothing overtly dystopian in Nikou's film (with some superheroes thrown in for good measure), but mostly a silent lament on what you need to feel -but you can't. The romance is affective, but half-baked here; and at points you would definitely need a contextualisation guide for this pandemic that ostensibly took time a long time ago but seems to bother no one in the film.

Not merely a nostalgia piece, but mostly a piece about re-connecting with your own past in a definitive way, Apples features a score by The Boy which adds to the immersive feel of the film itself. The fruit itself is there to help you with your memory, but you need to chew it first. Apples is a good bite of mourning withheld, less surrealistic than its premise would entail (and that's an advantage); it goes for a light touch of humanity, and its narrative closure is familiar, but still welcome.