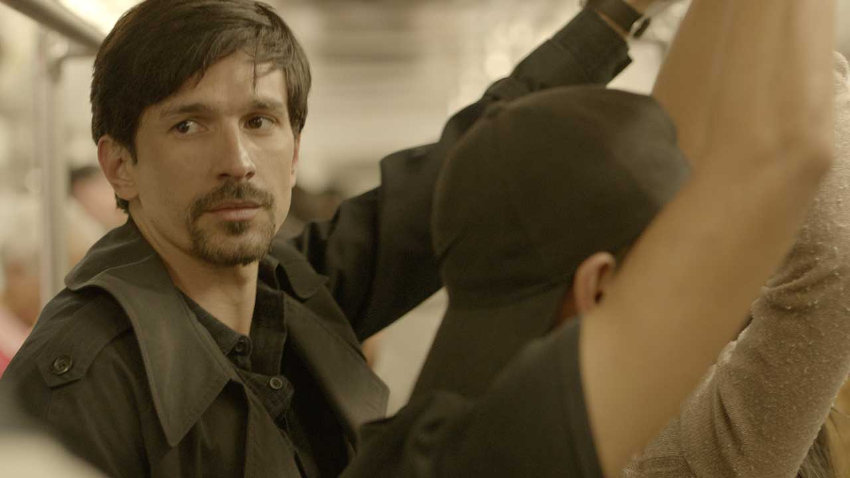 There are thrills and small and larger dramas in the uneven but touching handling of societal troubles in the third feature film by Mexican director Álvaro Curiel de Icaza.

Itself a case in showcasing pretending, Marionette starts with Ernesto, a Cuban actor (Rafael Ernesto Hernandez) desperately looking for a theater job in the vast, 22-million inhabitants of Mexico city. Strongly reminded of his Cuban accent by the theater manager -a fact that seemingly no one is convinced he can master- Ernesto seems to have no hope at his journey.

But during his subway journey he meets the young Belén (Fátima Molina), now begging for money, yet without the engagement its act would entail. Trying to help her, he meets  her capo boss David Torrico (an excellent Juan Manuel Bernal, impeccably dressed in suits as well). Now, Ernesto gets himself a job: educating both Belén and the street artists who pledge allegiance to Torrico -most of them with aspirations of their own, others perhaps finding a secret acting flame in them.

The plot thickens, and opens up in unexpected ways in this dramatic thriller of sorts, which needs both to condemn immigration troubles and showcase Mexican society's underdogs troubles. It is a difficult gamble, for all individual street artists of Álvaro Curiel de Icaza's film have their own, important voice, and the perfunctory romance between the two characters covers up those rather hastily and abruptly. The character and the subplot concerning Jessica (Nicolasa Ortíz Monasterio), for instance, a young beggar looking to be an actress, is a much more promising path for the drama to unfold, but is marred by the plights of Belén.

The third act brings even more twists, and explains the ambiguous behaviour of Belén towards Ernesto. It is there that Marionette pulls its strings together and presents la famiglia as something still to be reckoned in Mexican society, for the better or worse.

Rafael Ernesto Hernandez in the main role is as sensitive, flamboyant, moving as his act requires, and parades from confidence to total desperation. More a drama of acting against your vocation than a penetration into the very existing gang violence issue in Mexico city,  Marionette is a rather incomplete but still comely effort on acting your dreams out -without overacting.