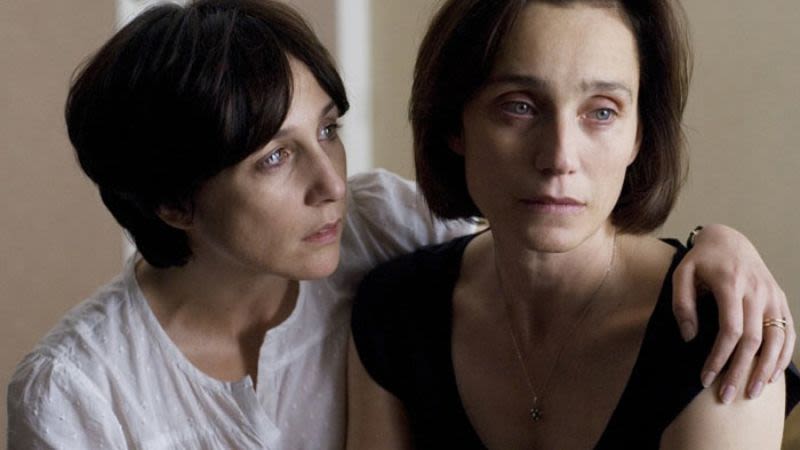 It is the first film of Philippe Claudel, an acclaimed French writer and Professor of Literature at the University of Nancy. A woman struggles to interact with her family and find her place in society after spending fifteen years in prison

I've loved you so long could be a perfect film for sentimental rehabilitation after a long time in jail. Juliette Fontaine (Kristin Scott Thomas) gets reunited with her sister Léa (Elsa Zylberstein) after spending 15 years in prison. Her crime involved killing her own 7-year-old son.

Juliette stays at her sister's spacious bourgeois home, but that feels like another prison -like a picture in a frame, as her later friend Michel (Laurent Grevill) observes. Her lack of talk is forcefully counterbalanced by  Léa's profession as University Professor of Literature, and it is notable that Juliette's first sign of affiliation is with a man who cannot talk, the parent of Luc, Léa's father-in-law.


The narrative and Juliette's transformation proceeds slowly, but interestingly. Her two Asian nieces (her sister adopted them as a result of Juliette's own deeds)  are a constant cause for alarm. There are also a means to know more about Juliette, her previous profession and her own explanation of anti-social behavior (as the hospital manager and her boss describes it).

There are secrets to be unveiled, and frustrations will follow. A chief policeman (Frédéric Pierrot) and his dream of  finding the fountain to a river will act as Juliette Fontaine's (fountain's) substitute for a while. Juliette will gradually progress from silent wrath to open confrontation with the people around her.
The external circumstances are too smooth for her (she gets a job and possibly entertains a love interest). This also reflects on her wardrobe, which comes more secure and less conservative and fearful, as the screening time goes by. However, I've loved you so long cares more for the inner self and its own travel: the important thing is for Juliette to accept people, and not the other way around.

Kristin Scott Thomas as Juliette is radiant in her own desperation. Her masterful portrayal of a filicide mother and her constantly direct, sincere gaze makes no excuses: you can only love her if you can handle that gaze.

The way I've loved you so long ends gives easily rise to objections that it exonerates Juliette of her own crime by an all-sentimental tool. But Juliette's real crime is that she hasn't trusted people for so long.