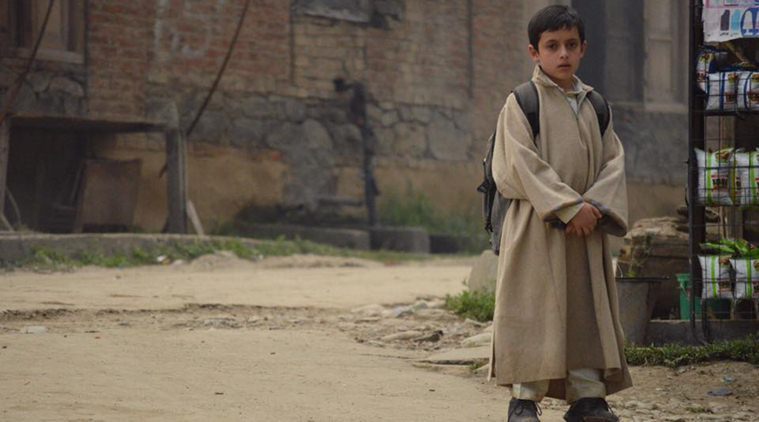 Hamid | Film Review: Boats Are Made To Flow, Not Sink

The third feature by Aijaz Khan is a heart-warming story of a boy in need of answers.

In 25 words or less: Tender, not absorbing, but still engaging treatment of a Kashmir's child need to connect his dreams to an absent reality of a missing father and an estranged mother back to Allah himself.

A boat can both flow and sink in the water. That's the advice that Hamid, the 8-year-old Kashmir boy (Talha Arshad Reshi) gets in the beautifully-looking eponymous film by Aijaz Khan. In the same vein, 786 can be both the number of Allah and (part of) the number of a no-nonsense CPRF (Central Reserve Police Force) militant,  an irritable but still haunted by past memories Abhay (Vikas Kumar).

The fate of Kashmir valley is still heavily contested between India, Pakistan and China, even after the 1948 ceasefire. Hamid tries to move between the two extremes of a peaceful reconciliation of the opposites  and documenting what lies underneath an everyday reality. In retrospect, the film works best as a personal story of an inquiring boy in need of love and answers.

When his father Rehmat (Sumit Kaul) and first mentor goes missing, Hamid (who knows his multiplication tables to get him ahead of the others) manages to get hold of his father's old phone. Both naive and persevering, he dials a combination of the 786 number (Rehmat told him this is Allah's number), and finds Abhay. His next question is to ask him if his father is with him.

Based on a play by Mohd. Amin Bhat (which in turn, comes from a real incident reported by Aijaz Khan), the screenplay by Ravinder Randhawa makes the main story in focus a long-distance variant of Cinema Paradiso mentorship -the two characters never meet in person. It also infuses the film with the harsh reality of Hamid's mother, Ishrat (a wonderful Rasika Dugal). Khan also gives the scenes of  Ishrat's estrangement a poignancy that won't go unnoticed.  Moving from office to office, queuing up in line to find some info on her missing husband, visiting morgues disguised as "primary health centers", Ishrat is the one to provide the dramatic background from which Hamid's story needs to take flight. Her narrative arc from passivity and resignation to joining a woman's cause is powerful by itself.

In contrast, the political background is hastily depicted here; as if it is one of Hamid's nightmares, to be turned off like the TV set (always bearer of bad news). Abhay himself here serves more as a surrogate father for Hamid than a real character himself (his own tribulations seem unwarranted here). In contrast, Hamid himself is brilliantly presented and developed as a character who needs to move from being a helpless child to a constructive, self-confident community member. His life trajectory is what keeps the film alive.

Cinematography is inviting, and the awe-striking beauty of Jhelum river and its surroundings here is still a gentle affair, matching Hamid's expectations. Kashmir local actors do add the required authenticity to the piece. Hamid's pace at points still feels like it crosses the line between the leisurely and the languid; still, it can't distract from a sincere treatment of a child's wish to find a balance in his life turned upside down.