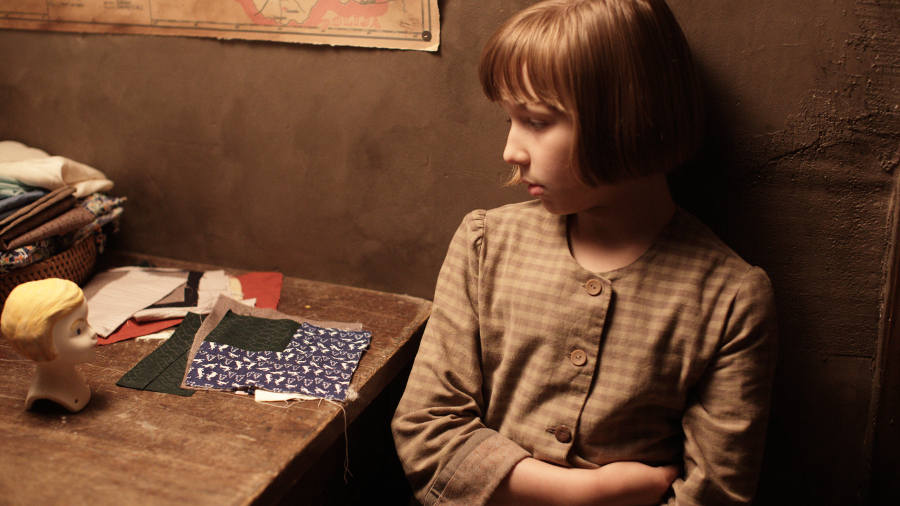 A co-production between Latvia (Film Studio DEVIŅI), Czech Republic (Masterfilm and Magic lab), and Lithuania (Studio 2), Bille by Latvian director Inara Kolman tells the story of a young girl living in harsh time, who needs to balance her priorities between real life duties and dream fulfilments .

Belle is an adaptation with visual flair of the first (out of three) novels of the trilogy Bille by Latvian best-seller and internationally known Vizma Belševica (1931-2005).  The film  benefited from the centenary of the Republic of Latvia financial initiatives, and its topic seems well-chosen to nurture national cultural identity without going into blatantly divisive statements (we vs. the others).  A national success since it was released in Latvia in April 2018, it won Best feature film at the 2018 National Film Awards.

Belševica was herself a 'gifted child' living in harsh economic times; Latvia was an established democracy whose economy followed its bigger sisters in the Great Depression times. Hinges of fascism and what is to come feature in scriptwriters' Evita Sniedze and Arvis Kolmanis adaptation; these understandably do not distract from the eponymous female character, young Bille (Ruta Kronberga). Bille (comes from Sybilla) lives in 1930s Latvia with her parents, and  dreams of going to a (sometimes rich, sometimes playful) Dreamland. Her expeditions, either alone or with her friends, are what keeps her at bay and make her endure her own home.

Within a a different perspective, Bille's dreams would have taken center stage. Here, director Inara Kolman (in her sophomore fiction effort) opts for both realism and humanity instead. Dreams are mostly fantasy sequences, and they are not always nice, like an angst-driven, black-and-white scene of Bille playing the piano in front of educated strangers. In contrast, reality is more brightly (but not glaringly) lit, as if a candy cover was made to make misery more palatable here.

And there is misery indeed at Bille's home, in a superb production design that brings the era as vividly as Bille's school dress. We get a crummy place (the film was shot in the actual apartment the author spent her childhood); two parents who seemed to have lost the inability to love each other (fine performances by Elina Vane and Arturs Skrastinš); a ruthless economic situation who over-determines everything, lost dreams and bitter disappointments all feature in Bille.

Almost all family members, both parents and grandparents, including a no-nonsense grandma (Lolita Cauka) are never nice to Bille. Still, it is in the family scenes that the drama shines. The main character itself seems too absorbed in her own world to actually react in a forceful way. Bille is definitely gifted; she can read The Hunchback of Notre Dame, even before going to elementary school -and there is a funny incident with her belated baptizing. However, she doesn't seem to deserve any of those small insults (but not big sufferings) she has to endure. It is as if she's reluctant to give herself to more drama than her parents and relatives aptly provide all along.

Outside the world of Bille, we get a lot of interesting and intervening subplots; these really shed a light of what was to be rich (fish really smells badly to rich people) during the period. They overall make a coherent case for bad alliances to have been formed later in years, but also for the need of education that can provide the much-wished social mobility.

Getting its best directorial treatment in interiors rather than larger vistas, and employing an always relevant score by Pēteris Vasks, Bille goes for tendeness, not sentimentality; hand-made world of dolls and dreams, not a constructed Disneyland. It works more effectively as a testament of an era than as a personal fight against all odds. This is the film that makes you observe a lot, and there's a joy in it.