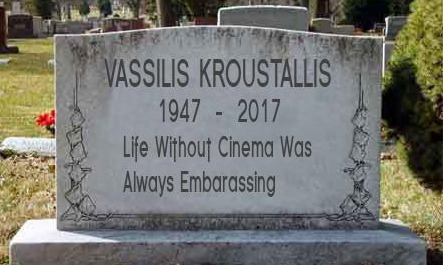 He has studied Classics, Philosophy (Greece /UK) and film journalism (Glasgow University). Since 2011, he has been the Head Editor of Zippy Frames, one of the few international resources promoting exclusively European and independent animation worldwide, and served as jury member at major animation festivals.

He has published pieces on film and animation in academic articles and book volumes, and is currently a PhD Candidate (Ionian University, Greece) researching contemporary European feature animation. In 2016, he started his own production company, Scheriaa Productions; the short film The Sea Tranced Isle (dir. Effie Pappa) is currently under production.

Contact: This email address is being protected from spambots. You need JavaScript enabled to view it.. Film Is A Fine Affair is legally represented by Scheriaa Productions