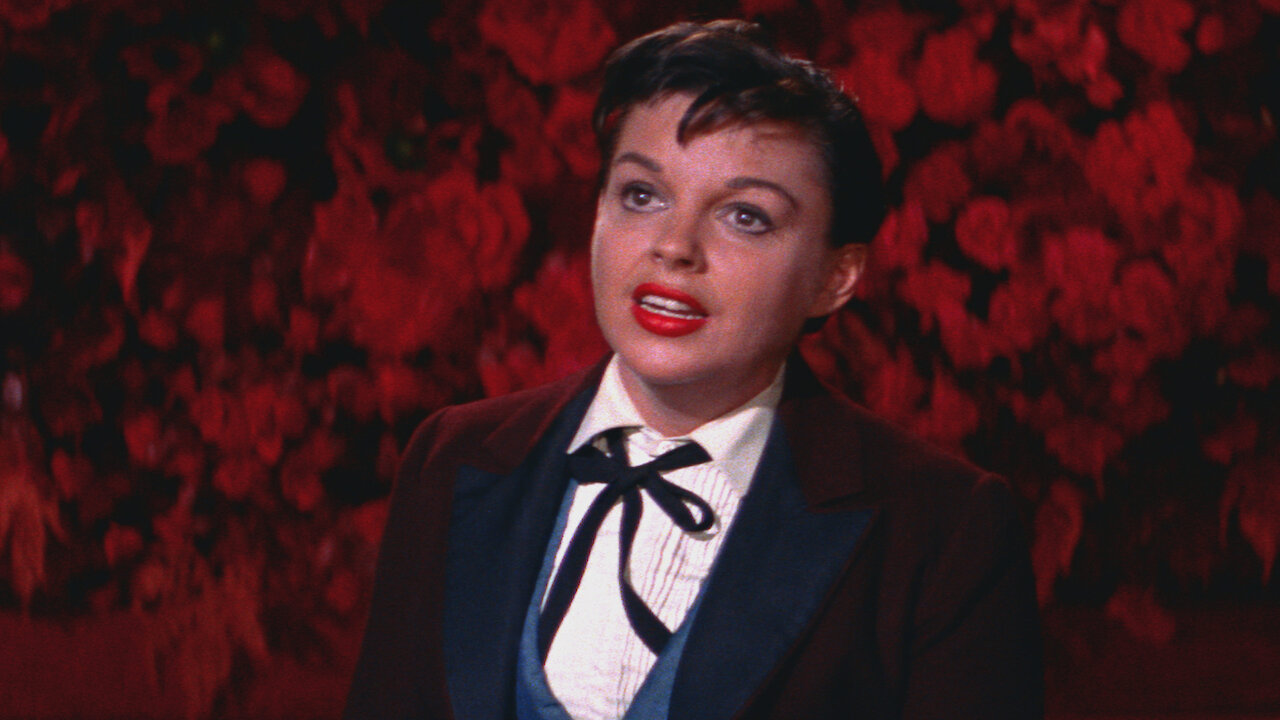 Judy Garland has its 100th centenary in June (born Frances  Ethel Gumm 10 June, 1922), and has traversed a lot of plateaus: from a child star to an MGM asset to a musical performer to a gay icon -and an example of a troubled diva.

We are to skip all these (they've been tons of writings on these), and just focus on the performances (musical or otherwise) that defined a career. We concentrate on her solo films (no Mickey Rooney) up to her death in 1969.

10. The Pirate (1948, Vincente Minnelli)
Judy is at her sexiest in the hypnosis musical film by Minnelli, even though her role is reduced to bits and pieces (Minnelli reportedly had to grow Gene Kelly's role, when Garland missed a lot of her shooting schedule). She's confident, justifiably demanding, and simply irresistible in her comedy timing.

9. Gay Purr-ee (1962, Abe Levitow)
She only sings here as Mewsette in the UPA second animation feature, directed by Abe Lebitow. Yet, her cat voice act (and the film itself) surpasses the Disney 'Aristocats' later effort, as a testament for people who want to find their own rainbow, away from their hometown -or, at least try. And Judy had already been coached on that almost 30 years ago; her 'Take My Hand, Purr-ee' rendition is simply flawless.

8. The Clock (1944, Vincente Minnelli)
In her first non-musical role, Garland (as the New York City secretary Alice Mayberry) prefers to be enchanted rather than enchant. Her very brief romance with a small-town soldier (Robert Walker) is an investigation into feelings and New York City space itself; she's not the star here, but rather the inquiring character who goes along with Minnelli's vision of heterosexual love as a necessarily dreamy place (or non-existent at all). She inhabits this world with confidence and readiness to move along.

7. Summer Stock (1950, Charles Walters)
In her usual Americana role, Garland gives a rather dated play a more intimate reading, playing a character who needs to take hold of her farm -and leave her artistic ambitions aside. With Gene Kelly in the cast (their third and last collaboration together), we know this is not going to happen; yet it is entertaining to see how much Judy Garland embraces the pattern of a sturdy farmer -before she actually steps into her dance shoes. The last scene, of course, is a trademark of queer transformation.

6. The Wizard of Oz (1939, Victor Fleming)
The film in her canon that almost defined her persona -and not always for the better. Yet the really grown-up for the role Judy Garland manages to give a childlike performance full of aspirations, poetry and fantasy -leaving room for her co-stars to breathe. 'The Wizard of Oz' is a collaborative experience, but her embracing of a wide-eyed character is a feat that a really able performer needs to do, and she did it.

5. A Child Is Waiting (1963, John Cassavetes)
It's a mostly supporting role (even though Judy Garland has top billing) in the very much troubled John Cassavetes melodrama -he famously disowned it, due to his creative differences with Stanley Kramer. Judy Garland is adept at playing the lost middle-aged teacher, who arrives at a mental institution for children, only to find herself even more troubled by the rather authoritative methods of the head doctor (Burt Lancaster) and her own love for a specific kid. She hasn't much to do than offer our third-eye perspective, but she blends in effortlessly (and admirably) in the musical interlude with the children performing their songs and theater -a lesson in understatement.

4. Meet Me in St. Louis (1944, Vincente Minelli)
Margaret O'Brien may steal the show in the celebrated musical, yet Judy (as Esther Smith) holds all the strings together. She's radiant, both confident and insecure in turn, torn between her family tasks and her own love interest. She's a juggler (as most women of that age [1904] and later ages had to be), and she's totally convincing.

3. Judgment at Nuremberg (1961, Stanley Kramer)
Her second Oscar-nominated performance, this was the one that would garner (along with Montgomery Clift) the most notice when the film came out -it still does. It is not easy to think of Judy Garland as a German housewife, but she certainly has now acquired the physique and attraction of an ordinary person trapped in a situation that won't simply understand. There's no substitute for when she finally trembles and literally melts on the courtroom; it's a cry for an explanation that is simply denied to her

2. I Could Go On Singing (1963, Ronald Neame)
In a mostly autobiographical, suited-to-measure role, Judy Garland is as affectionate, warm, and professionally unreliable, tries to get the love of her estranged child. Playing beside another screen idol (and the film dynamo of Dirk Bogarde), she ensures that every spoken line and expression of hers registers amongst the cold and hostile behavior of her former partner. And when she performs (all by herself), she just erupts on the stage.

1. A Star Is Born (1954, George Cukor)
Playing Esther Blodgett / Vicki Lester, Judy Garland was never as consummate as a performer, in both her musical and non-musical numbers. In fact, her performance finely tuned the meta-narrative of the film, the film-within-a-film, and its sad consequences. Judy Garland was not just the clown who sang despite all her adversities (most of them caused by her love of Norman Main [James Mason]); she was the director of her performance, who could switch between one level of singing and another level of affection -and the third level of lament. Grace Kelly should have never accepted that Academy Award in the first place.