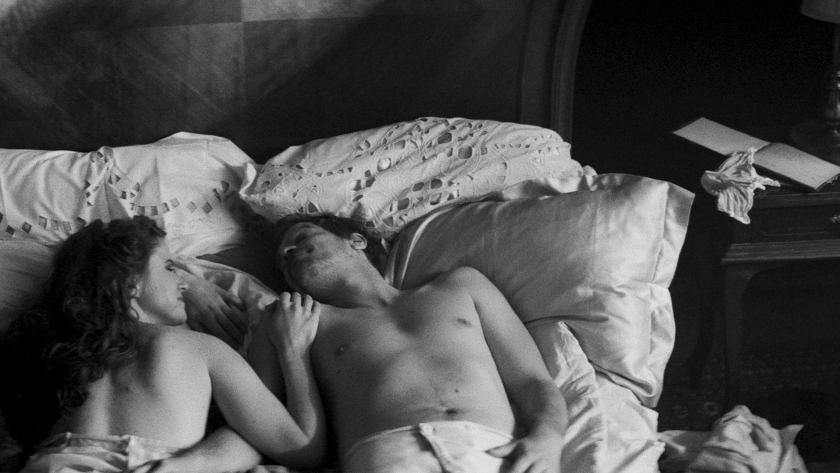 The Year Before the War | Film Review

Vassilis Kroustallis review the Latvian film by Dāvis Sīmanis,  The Year Before the War.

Dreams of swimming among the fish, we learn, it's a sign of queerness. Can't really tell by watching the purposefully non-aligned and most of the times entertaining The Year Before the War by Latvian director Dāvis Sīmanis; yet the new stylistic black-and-white feature puts a lot of cards in the table of WWI war scene.

And fittingly so. Films about the early 20th century and the collapse of the big Empires never meant to have an Aristotelian order. Simanis and his screenwriters Tabita Rudzāte and Uldis Tīrons bring the common anti-hero into the surface. Hans (the Czech actor Petr Buchta) is the young bellhop boy, who, in the manner of Jan Dítě in Menzel's I Served The King of England (2006) has to learn everything about the world -before the war even begins. The only difference is that he has to accomplish it in a rather frenetic pace.

Starting from the first frame of a fish caught in ice, half-alive and half-dead, The Year Before the War wants to tread the path between reason and prejudice, psychoanalysis and madness, expressionism and satire, constantly juggling among its elements. Hans is being mistaken with Peter by all people around him, and most notably a female activist; for her sake, he'll begin a long, but never tedious travel to most European countries and capitals, from Vienna to Paris and beyond.

His scarcely quiet journey will lead him from nudist communes to asylums to political plots and assassinations, as he delves deeper into confronting his own fears -before he finally meets Dr. Freud. The particular details come and go in a film which is keen to emphasize disorder and mental dissaray in episodic turns (in a way that Welles also did for his Kafka's adaptation The Trial in 1962). Hans is the perfect epitome of the person who must do something, but has no idea what; killing is the first option, and this is perpetuated over and over as a solution in The Year Before the War, making its surreal comic status more evident as time goes by.

For a material which could easily lapse into a non-relevant series of adventures, here editing really ties the film together, and the first fish image comes back to haunt in a film whose main villains (and the system) never dies. Despite its inevitable societal and political undertones, The Year Before the War is mostly a personal story of trying to be relevant; sometimes we do miss the context that is supposed to to be already known. Yet, the crisp cinematography here (Andrejs Rudzāts) tells its own story of the different vistas, from Siberia to Paris, who are so wide and spectacular, to reduce the main character into a toy character. The music by Faustas Latenas should have been used more in the film; it accents and lifts up the distinct episodes unfolding.

As a satire of pre-WWI paranoia, The Year Before the War is less biting and more alarming; the film has its moments where it dives into the mindless void, but for most of its screening time The Year Before the War follows a person from being a noble nobody and persecuted to being an ignoble somebody; that's a lesson we've seen before, but here it has its charms to watch it again.

The Year Before the War premiered at the 50th International Film Festival Rotterdam (Big Screen Competition).