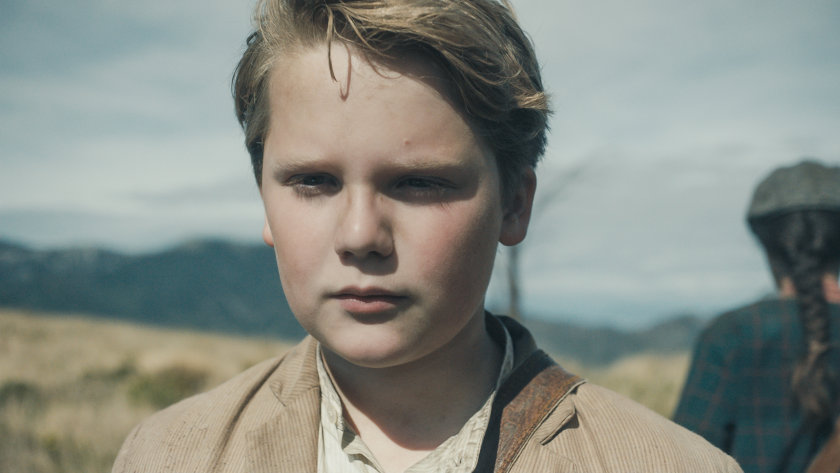 Vassilis Kroustallis writes about the children's feature film 'The Pathy' by Tobias Wiemann, shown at the 2022 Riga International Film Festival.

Tobias Wiemann makes the honest-looking, comfortably reassuring film 'The Path' a small piece of WWII candy (if that word ever exists). Based on Rudiger Bertram's novel (script by Bertram and Juytte-Merle Bohrnsen), it tells the story of the German kid Rolf (Julius Weckauf) and his unlikeable friend, Nuria (Nonna Cordoner), in a world where children have to replace adults and take the world in their own hand -and make it better.

Based on an almost immaculate production design that denotes the earthly colors of the land and the war), 'The Path' (Der Pfad) starts with the sea, the horizon beyond all earthly events. Rolf's father, Ludwig (Volker Bruch) is a German expat and dissident journalist in hiding in France.

As we are told, his name is on two lists: the Nazis (who want to send him to a concentration camp) and the US Army (who want to help him, but then again, he's not on the top of their list). Yet he has the time to escape the harsh realities and talk to Rolf (in English) about the flavor of ice creams and America -the place where Rolf's mother has managed to escape before them, and where both of them are meant to go.

Rolf (a magnificent mixture of idealism and knock-down attitude by Weckauf) is happy to be there and as ignorant as to presuppose that their clandestine trip (via Southern France to Spain to Portugal) will be as trouble-free as his own engagement with his dog Adi. The name is a constant source of danger and funny moments in the film. Still, fortunately, Wiemann won't take Taika Waititi's semi-surrealistic approach in 'Jojo Rabbit' (and when he does, employing scenes with the absent father, he fails).

For various reasons, including growing up in the part of Rolf, the father will not travel along the way, but the little girl Nuria (who knows German) will act as Rolf's guide on a trip not initially planned. Filled with scenes and shots of immense beautiful mountains, still, the benefits of the film are in Rolf's character arc.

He is the one to make the cardinal mistake in the film's first act, and as such, he has to rectify it by changing his course, and becoming as flexible as he never imagined to be. And, of course, he has to go along with the less dreamy, always ready for reproach, Nuria.

Wiemann leaves too many escape routes for his two characters, with too many allies in the way and very few villains, a situation that softens his story even for a children feature film. But the film is still held together by an ever-changing quest of defining the good for the main character. Even though the film makes a faux attempt to create a moral crisis in Rolf in the 'lies' his father told him, Rolf will himself navigate his trajectory from easy-going immaturity to ready-made caring for others in a completely convincing way.

Add to the mix that the multiple tongues (English, French, Spanish, German) spoken in the film create a good-natured Babel Universe full of stars ready to help little Rolf, and you get the idea of a WWII candy.

Supported by sweeping music (fitting for its theme), 'The Path' manages to move the moral compass it has set through from one point to the next; it lingers at times (especially in the second act), but offers a non-rosy, believable ideal of a world where children should be happy to take responsibility for their own actions and still survive.