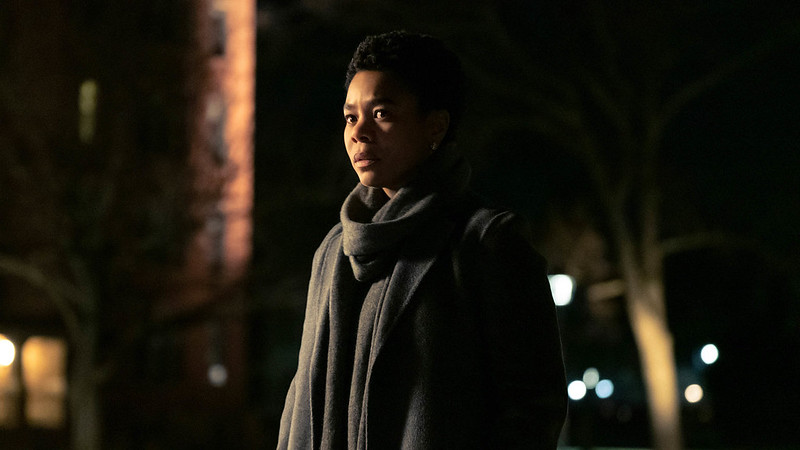 "It's not supernatural. It's America". That statement summarizes the road and the field director Mariama Diallo, in her Sundance feature film debut, needs to travel between the horror genre and social criticism in her spooky, appealing but also unclear study of racial relations in US University environments.

Bail Gishop (a silently commanding Regina Hall) is appointed to be the first black Master of New England's Ancaster college; an imposing and inescapable building that we confront early on in the film, and whose history is both signed by famous rejections (JFR could not get admitted to the college, he went to Harvard instead) and also famous witch trials -some of the portraits are still there to haunt its student residents and staff.

Enter the freshman Jasmine (Zoe Renee), a black girl who's clearly put a lot of effort to climb up the social ladder; in essence, a mirror image of Bail herself, who fought all the way to the top. Jasmine is informed by her white roommate and colleagues about the curse in her 302 room; Margaret Millet committed suicide in 1694 to escape persecution. Jasmine will soon experience unease, yet (and that's the film's interesting twist) the pressure comes from black superiors and staff. Starting from the serving lady in the canteen (which greets Jasmine with an iced face, reserving her smile for the white students) to the literature professor Liv Beckman (Amber Gray) - who will give an F to Jasmine for her essay on 'The Scarlet Letter'; Jasmine reportedly failed to unveil the race relations in the Stendhal's oeuvre.

Liv Beckman herself is the enigma of the film, beautifully played in an impulsive, hippy-shake manner by Gray; a person who acts (or should act) as a catalyst to the fears of belonging the other two women still have to face. It is the film's most interestingly developed character, even though our more informed knowing about her will not close all the narrative grey areas that the genre film is supposed to open. Master film will proceed with the expected genre tropes all along, combining the established teen horror film expectations with a less show-offish 'Get Out' offspring; the dialogues are sometimes too crass for their own good, but the suspense is built up, and Jasmine's own uncertain future -found its mature equivalent in Bail's own professional worries- is genuine.

The film has its dramatic climax in the second act, leaving the rest of the film somehow looser; its insignia of racism (from condescending attitude to an all-out KKK-like provocation) are well-placed, without being extraordinary. The three characters, though, shine in their fear of being accepted, accelerated by the austere cinematography (even in its bold, dazzling moments). The 'Master' narrative unfolding of the racial relations looks more pessimistic than the characters' own strength, and the mismatch is evident. Yet, the film remains an energetic reworking of a question that US contemporary films have put forward, with compelling performances.

Master premiered at Sundance Film Festival 2022. It will be released on Amazon (18 March).