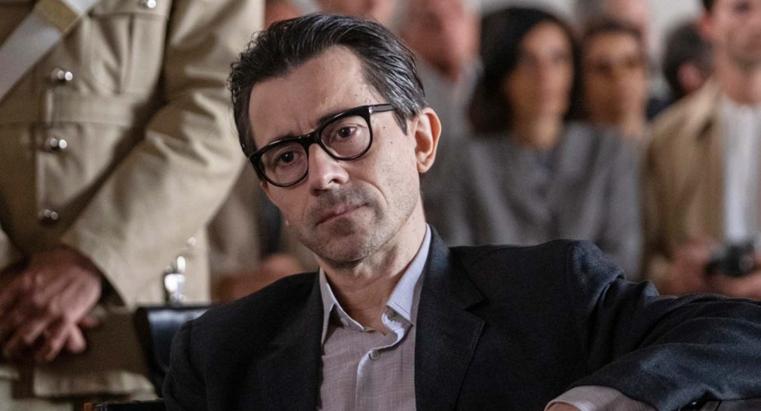 Ants are very social creatures, and they can even survive confinement -when they are together.  Gay Italian writer and cultural iconoclast Aldo Braibanti (Luigi Lo Cascio)  is keen to observe the life of the ants, while hoping that his own life won't get thrown away in a rather static, but still culturally informative and with moments of real sentiment 'Lords of the Ants' by Gianni Amelio.

Amelio, who came out as gay a few years ago, seems to be the best choice to put a real story of 1960s prosecution (Braibanti was juried and found guilty of 'moral subjugation', a euphemism for homosexuality) on the big screen.

Solemnly put, 'Lord of the Ants' aims to be a more cultured person's version of 'Call Me By Your Name', where the initiative is here taken by the older partner, poet, Marxist, and philosopher. Going back and forth in time (but in a rather classically edited sequence of scenes), we watch the young Ettore (a terrifyingly good Leonardo Maltese, in Cuckoo's Brad Dourif mode) ready to be seduced by his protegee professor and mentor.

Aldo is irascible, impatient as a teacher, and, under his heavy glasses the ideal of the 60s amateur Nietzschean philosopher. However, and beyond his espousal of the Nietzschean doctrine of the Eternal Return, he seems to care mostly for the minute things -the medicine student Ettore (who wants to draw instead) finds the cultured substitute he necessarily lacks in his provincial Italian environment. With a mother deeply concerned about her adult son's escapade, and a brother who needs to be the macho supplement of the family, it is inevitable that the two worlds will clash.

Amelio takes his time to build a relationship, as if afraid that his character can be accused of grooming by the audience (his character is later accused of more than that). Aldo and Ettore are only seen once sleeping in the bed together -only to be separated forcefully afterward. Starting from an Emilia-Romagna countryside romance, their lives will be separated but briefly joined again, when Ettore joins Aldo in Rome -and then separated again. it has to be said, Ettore's own trajectory from that point on (hospitals and treatments) is certainly the most interesting one, even if predictable -and it's sad that no more time is spent on that. Instead, we do follow up on Aldo's arrest and trial procedure; his new allies include a left-wing journalist who tries to prove everyone wrong -including the Communist party allies, who abhor those 'homosexuality' crimes.

Traditional and classicist the film being in its treatment, it does include a mild Felliniesque party scene -which somehow elevates the material beyond a film of intentions. As the jury proceedings progress, the canvas becomes wider and we do get the chance to see in detail contrasting views, prejudices, and simply laughable accusations - making the film liven up. Aldo's character in the meantime changes from a stiff, unapologetic person to a somehow more compromised version of what a gay man would look like in the 60s.

The autumnal cinematography adds its own melancholy to the proceedings, while the music selection moves from the grandeur (Verdi's Aida) to the contemporary -the film is definitely aligned to the second. Fortunately, Braibanti is more survivor-savvy than Thomas Mann's 'Death In Venice' main character -and 'Lord of the Ants' earthy and well-placed production design and costumes make this an unassailable fact.

More dignified than edgy, 'Lord of the Ants' can still be seen as an informative tool of LGBT oppression -and act as a reminder. Well-acted, carefully put in place; no sparkle here, but falling LGBT leaves.