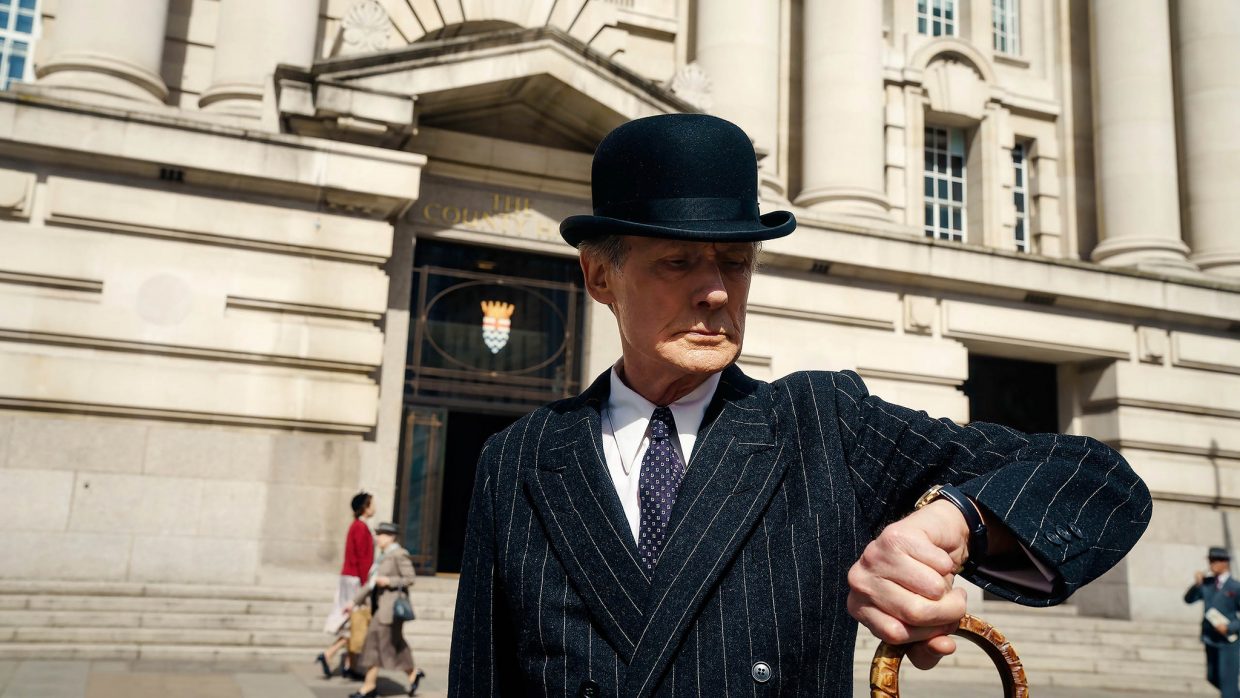 Here's to 'The Remains of the Day' in post-WWII London. In the remake of the personal existential Akira Kurosawa classic 'Ikiru' (1952) by Oliver Hermanus (script written by Kazuo Ishiguro), Bill Nighy shines as has-been member of the living society, who gets to see the real meaning of life when he get his terminal illness diagnosis.

As in its original source, a veteran public servant and bureaucrat (Bill Nighy as Williams) has a pile of work and a pile of colleagues in his office left untouched; he is resigned to the impossibility of resurrecting post-war Britain and its social functions; so citizen petitions remain take their place on those paper skyscrapers, an insignium of professional achievement.

The story is introduced by the newcomer Wakeling (Alex Sharpe), who gets to know both the ways of the trade and what is permissible not to do in the endless bureaucratic corridors. Among the staff, the ambitious, winsome Margaret Harris (Aimee Loo Wood) who only needs a Williams reference letter to work as an assistant manager in a younger and perhaps more beneficial environment.

Williams himself is stern, 'a gentleman' and not a good communicator when it comes to family affairs; he has troubles talking with his own grown-up son, and he only seeks refuge 'to the pictures'. It is in one of those film seances that he will ask Margaret Harris to join him, watching Cary Grant and Hawk's 'I Was A Male War Bride' (1949).

The switch from the desperate Takashi Shimura character in Kurosawa's living and mourning study to the Cary Grant wannabe Williams character seals the whole film, which is lighter in style from its source yet more encompassing in its need to grab to life. Whereas Kurosawa went for the depth of plunging into the abyss -and the ways to overcome it, Hermanus and Ishiguro move the pendulum from the phony embrace of the inessential to a social, less isolated present and future.

Similarities include the initial debauchery of Williams (with Tom Burke as his initiator to London's night life), and Hermanus himself pays homage to the Japanese master in his wipes during the early office scenes -and the seemingly hopeless petition of women to get a playground for their children in a war-torn neighborhood area.

Bill Nighy is both stern and funny; can be the veteran boss, and the failed singer all in one. It is a performance that has more in line with performances in Terrence Davies films; the true soul being bare in all possible ways without ever chewing the scenery -and Hermanus should be credited for that as well.

The infatuating, melodic soundtrack is a mark for going beyond, while cinematography can change from the bluish, dreary public offices to sunshine-filled walks. There is an aura of elevation that gives the film its style and mode; it looks like the latest 'life lesson learned', but it's being done sensitively and with an encompassing spirit.