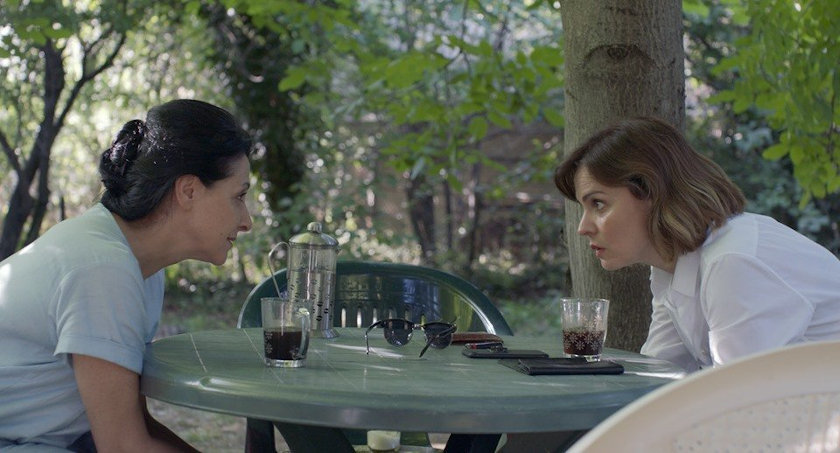 Comets by Tamar Shavgulidze Review: An Elegy of Sorts

Review for the LGBT film Comets by Tamar Shavgulidze.

World-premiered at Toronto International Film Festival, Comets by Georgian director  Tamar Shavgulidze is a welcome addition to the kaleidoscope of non-heteronormative relations in a modern-day Georgia -after the much applauded And Then We Danced by Levan Akin.

A film that also ignited protests in her home country (hopefully it boosted up ticket admissions), Comets is one of the perceptively light-touch, but inherently intense pieces of filmmaking, executed with a camera eye always hungry to explore emotions and intentions between silences.

Nana (Ketevan Gegeshidze) lives in her country house far from Tbilisi, with her daughter Irina (Ekaterine Kalatozishvili) visiting her, and a son far away. She is methodical and knows her way outside the fuss of big cities; her husband has passed away, while her moody but supporting daughter warns her how obnoxious things in big cities usually are. In a film where ordinary movement is equated with despair, the camera chooses static scenes to portray its characters -who have always something interesting to do with their hands, sunglasses and eyes.

A momentary retreat of Irina away from home to a local store visit, and then another Irina (Nino Kasradze) arrives. Irina is Nana's teenage partner; left a long time ago from Georgia, she now needs to take care of her dead aunt's estate. Nana is cosmopolitan, looks radiant but vulnerable as well; and she comes with trepidation to Nana's front door. From the moment both women meet, the film will move on to becoming a mostly silent, but eloquent table tennis match; while the one throws her past deeds, her hits and misses, the other absorbs quietly. Comets will imperceptibly cut back and forth to early teenager scenes; and we do watch the same pattern unfolding. Nana is the one who can handle momentary rejection, but she will be hurt the most when Irina escapes their bigoted environment. Irina is the playful and the freewheeling spirit,  who needs a solid stand in her partner's arm (as when they both watch early 80s sci-fi films at summer nights).

In a film where pastel colors help the characters make confrontations less violent, it is indeed an unlikely decision to introduce a sci-fi subject-matter; Sylvia Plath's The Night Dance (the comets have such a space to cross / such coldness, forgetfulness / so your gestures flake off) introduces the film, clearly reminding that it is an 'alien' relationship we're dealing with; possibly even to the characters themselves. Comets goes too bold and too much with this theme in its final segment. This will not diminish its power to make sure its characters are own characters; its tableau-vivant of the Georgian countryside have an intensity that transcends its serene surroundings; and Tamar Shavgulidze only chooses its two shots when it is absolutely essential to add one plus one together.

Sensitively acted by its both leads, the film secures its narrative revelations at the right time, and makes a grounded case on how two people can love another and still be unable to travel the path of life together. Thoughtful without being solemn, it secures an immediate identification with its characters and their own past-to-present trajectory.