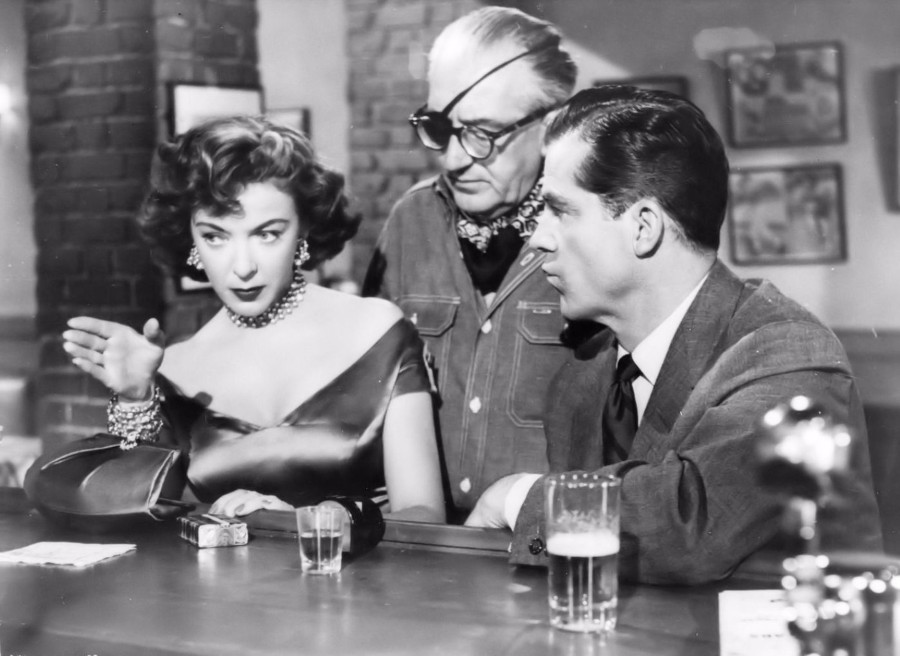 A director should know everything. He should be at home in a brothel -which is very easy - but he should be also at home in the Stock Exchange, which is already most difficult. He should know how the Duke of Edinburgh behaves, how a worker or how a gangster behaves. -Fritz Lang, talking to Peter Bodganovich for Who The Devil Made it (1997, Ivy Moon Company).

The always fastidious Fritz Lang  (5 Dec 1890 -  2 Aug 1976) had heard about a mentally ill serial killer incident in Chicago, who left traces of his own crimes, called the 'Lipstick killer'. Along with screenwriter Casey Robinson, he turned this  story into a noir situation of press manipulation and corruption, in When The City Sleeps (1956).

Pre-dating Hitchock's Psycho, the film has a boy's love-and-hate relationship with his own mother as well.  But Lang concentrated on the hunters rather than the hunted;  he himself manipulated a stellar cast of Dana Andrews, Ida Lupino, Vincent Price, Rhoda Fleming, George Sanders and Thomas Mitchell, to give another taste of the dark office corridors of truth, news and power.